A 5th generation Nevadan, Dr. Bo Bernhard calls Las Vegas home, but he works frequently in jurisdictions as diverse as South Africa, Australia, Singapore, South Korea, Macao, Mexico, Vietnam, Taiwan, Argentina, Brazil, Russia, Portugal, Austria, Greece, England, and Canada. Dr. Bernhard began his research career at Harvard University, where as an undergraduate he completed a double major (sociology and psychology) magna cum laude thesis on the community impacts of the gaming and industry in Nevada. The foundations of this analysis have since been extended worldwide, and by the age of 30, Dr. Bernhard had lectured on his research on six continents.

After earning his Ph.D. in 2002, Dr. Bernhard was named the inaugural Research Director at the UNLV International Gaming Institute (IGI), and he was awarded a dual professorship in hotel management and sociology. In 2011, he was named Executive Director at the IGI, where he now oversees all research and academic functions. Representing the university in these roles, Dr. Bernhard has delivered over 200 keynote addresses in clinical, regulatory, government, and policy settings. He has published in the top journals in both the business sciences (including Cornell Quarterly) and the social sciences (including a guest edited special volume of American Behavioral Scientist), and currently serves as executive editor for a leading peer-reviewed academic journal, Gaming Research and Review.

Dr. Bernhard’s projects have been prominently featured in local and national media outlets (including CNN, PBS, NPR, The New York Times, The Australian Broadcasting Channel, and The History Channel). Overall, he has directed over $2 million in grant-funded research projects, on subjects ranging from problem gambling to the social impacts of casino industries to responsible gaming features to internet gambling. These efforts have earned him several awards of late: in 2007, his focus on globalization earned him the World Affairs Council’s International Educator of the Year award; in 2008, he was given the UNLV Hotel College’s Boyd Award for Research; in 2009, he was given the Hotel College’s top teaching award and the university-wide Spanos Teaching Award; in 2010, he was named a Lincy Fellow at Brookings Mountain West; and in 2012 he was given the university-wide Barrick Scholar Award and the hotel college’s Denken Award for research. 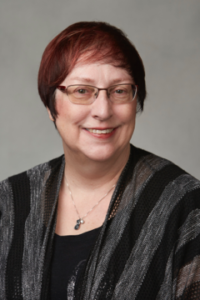 “Can You Hear Me Now? Voices From Past Mentors, Supporting Current and Future Educational Practice” by Dr. LeAnn G. Putney

Dr. LeAnn G. Putney, professor in educational psychology, joined the UNLV faculty in 1997. She earned her B.A. in Spanish and English from Indiana State University, her M.A. in Multicultural/Multilingual Education from California State University, Stanislaus, and her Ph.D. in Educational Psychology with an emphasis in Language, Culture, and Literacy from the University of California, Santa Barbara. LeAnn specializes in teaching courses in qualitative research. Her ethnographic research has focused on how teachers and students construct responsible communities for academic success in K-12 schools from a Vygotskian perspective.